Speaking to Prof. Barbara Tettenborn – “You have to love what you do, otherwise you are not good”

Speaking to Prof. Barbara Tettenborn – “You have to love what you do, otherwise you are not good”

Prof. Barbara Tettenborn is the chief of the Department of Neurology at the Cantonal Hospital St. Gallen, Switzerland since 1999. In addition to her position at the hospital, she is the current president of the Swiss League against Epilepsy and a board member of the Swiss Federation of Clinical Neuro-Societies (SFCNS). Recently she was appointed as the editor-in-chief of a to-be-established eLearning platform of the European Academy of Neurology (EAN). Apart from her successful career, Prof. Tettenborn regularly participates in Ironman competitions. In our interview, she tells us about her career, her private and professional ambitions, her view on women in neurology and her thoughts about the impact of COVID-19 on young neurologists. 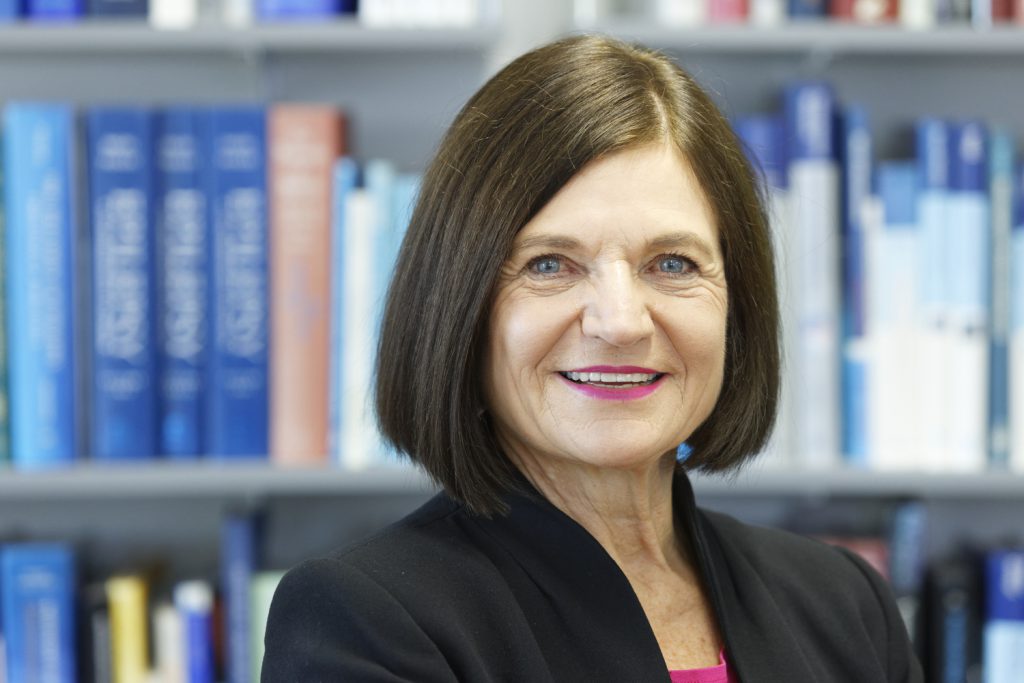 “I will never stop loving to be a neurologist”

Prof. Tettenborn went to high school and started medical school in Berlin before continuing her studies at the University in Mainz, Germany and at the University in Dublin, Ireland. “Originally I studied both chemistry and medicine, but after two semesters I had to stop chemistry due to lack of time,” she notes. “I found studying medicine pretty boring, but even though it was not as exciting as chemistry, I do think that it offers you a lot of opportunities later in life,” she says. Her becoming a neurologist was a clear decision. “Neurology was the only subject in medicine that I found really interesting and attractive. Many people find that it is one of the more difficult subjects – and that is exactly why I liked it,” she explains. While speaking about neurology, her passion becomes apparent. “The brain is an amazing organ; it is the only organ we still cannot substitute. I find that fascinating,” she mentions. She goes on to speak about the recent developments in the field, that she had at least in part already anticipated when she was a student. “The development in both diagnostics and treatment in neurology in the last decades was enormous. I am still fascinated about this field and I love it,” she states.

Prof. Tettenborn is a passionate teacher and likes to take care of the residents in her department. “I love teaching. Both students and residents,” she mentions. Even though her senior co-workers sometimes ask her to pass on teaching tasks, she prefers to take care of them herself as much as her time allows it. “There are a few things I like to do myself, even if I do not have to,” she says. Besides teaching, she also takes care of human resources and administrative tasks in her department. “Otherwise, you lose your department, I think. Even though I know that a lot of other chiefs do it differently,” she states. Apart from her teaching activities at the hospital, Prof. Tettenborn has been appointed as the editor-in-chief of a new eLearning platform from EAN, that is foreseen to host up to 90,000 or even more users. “The goal is to have the best neurology eLearning platform available on the market. We want to attract as many neurologists worldwide as possible.” She noted, “The platform will be launched at next year’s EAN congress”.

“I spend my lifetime with the two things I like the most: neurology and sports”

Prof. Tettenborn is aware of what it means to have a career like hers. “During the postdoctoral process, for about 10 years there is not much time for other things than taking care of patients, writing papers and going to congresses,” she explains. “It takes many years, and you have to love it. If you do not really like what you do, you are not good,” she says. Prof. Tettenborn prefers to not separate her time into working time and free time, but rather calls it her “lifetime”. She likes to spend her lifetime with the things she likes the most, being neurology and sports. “I also like to see friends and go out for dinner, but there was very little time for that during my career,” she says. Even though Prof. Tettenborn is very busy in her professional life, she does manage to do sports on a regular basis. Since 2008, she is successfully participating in Ironman long distance triathlon competitions. “I was European Ironman champion in my age group in 2018, and in the same year I was 9th at the world championship,” she says. For now, she hasn’t considered quitting. “It would be nice to be the first woman above 80 to finish the Ironman in Hawaii,” she says laughingly. She also combines her two passions by practising sports neurology. “Sport is good as therapy and prevention for a lot of neurological diseases,” she mentions.

“Due to the pandemic, it is much more difficult for neurologists in their early careers to build up their professional network”

Prof. Tettenborn still has a lot of friends that she made during residency times. “It is interesting and enjoyable to see your colleagues that you have known for decades in board meetings discussing political topics,” she mentions. She adds that she feels a bit sorry for the current generation of residents, who are limited in their activities due to the COVID-19 pandemic. “I got to know a lot of friends and collaborators at international neurology meetings. Even though we now offer online conferences, eLearning and webinars, the networking component is more or less absent,” she remarks. Prof. Tettenborn thinks that there will never be as many in-person events as in pre-COVID-19 times, she still hopes to have some of them again in the near future. She believes that hybrid meetings will most likely be the format of the future. “I also prefer to have a face-to-face audience when giving a talk instead of speaking into a computer. I like to see the reactions,” she explains.

For Prof. Tettenborn – herself a woman in a high position – it is important to empower other women to follow in her footsteps. She founded the society “Women in Neurology” within Switzerland in February 2020. “I always wanted to help to get more women interested in research and high-level positions,” she says. The goal is to mentor women during their various career steps. “I see that women are often reluctant to take job offers for higher positions. They are often lacking self-confidence,” she explains. Prof. Tettenborn does not believe there is a gender pay gap for positions in neurology in Switzerland but sees the self-confidence of female neurologists as the biggest issue in the gender discrepancy. “I am not like this, I was always rather self-confident and aimed for the higher positions. In this respect, I am probably not typical. But that is also why I am in my position right now,” she states.

“With age, I am more and more involved in political work rather than with practising medicine on patients”

Lately, Prof. Tettenborn has been increasingly involved in political work. “I have been taking care of patients for decades. I enjoyed that and still do, but having political positions gives you more impact in society,” she explains. In her political positions, she aims to promote neurology in both the expert society and the public society. As president of the Swiss League against Epilepsy, for example, she is running disease awareness campaigns to help patients encountering fewer restrictions in daily life. “We want to enable patients to live an almost normal life, also with an epilepsy diagnosis,” Prof. Tettenborn explains. Even though direct patient care is not her primary task anymore, she still enjoys making an impact and improving patients’ lives through regular grand rounds in the hospital, specific out-patient clinics and through her political actions. “This is quite rewarding too,” she concludes with a smile.

Anna Stelling, PhD
8th October 2021
Previous
ECTRIMS 2021
Next
Integrative medicine for multiple sclerosis: Outcomes from the Inspire MS program
You might also like

Speaking to Prof. Andrea Rossetti – “Often in life, things happen by chance, but then you have to seize the chance“

Speaking to Prof. Günther Deuschl – “The world is not a world of competitors, it is a world of collaborators.“