Welcome to the community!
We're glad you're here

The mission of Brainwork is to provide a unique, on-line community platform for healthcare professionals with an interest in neurology. By gathering, summarizing and distributing important scientific information from international conferences in a focused and compelling manner, curating expert opinions and offering CME accredited e-learning courses, we aim to improve clinical decision-making among HCPs by facilitating knowledge exchange without the need for extensive travel.

Here you will find up-to-the-minute reporting from international congresses and symposia, as well as expert-facilitated webinars and interviews covering important scientific and clinical information that is concise, easy to understand and unbiased.

We encourage you to contribute and share ideas, insights and new research here with other members of our distinguished community for optimised learning. 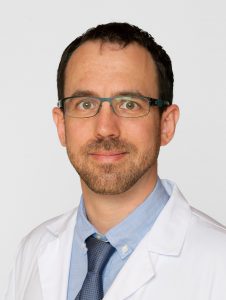 Since July 2012, Andreas Gantenbein has performed his clinical work and research at the rehabilitation centre RehaClinic Bad Zurzach, where he has also been the chief physician of the Department for Neurology and Neurorehabilitation since 2014. His career started as a clinical research fellow in the Headache Group of Peter Goadsby and Holger Kaube at Queen Square, London, where his main research focus was on electrophysiological correlates in migraine. After that, he started a broad clinical training in neurology, including electroencephalography, electroneuromyography, sleep diagnostics and pain medicine in the Department of Neurology at the Cantonal Hospital in Aarau and the University Hospital in Zurich. From 2010 to 2012 he was head of the Headache and Pain Unit at the University Hospital in Zurich. Dr Gantenbein has published in numerous renowned peer-reviewed journals, authored and co-authored several book chapters, and also acted as a peer-reviewer for different neurology journals. He received his Venia Legendi at the University of Zurich in 2014 for his work on interdisciplinary headache management. 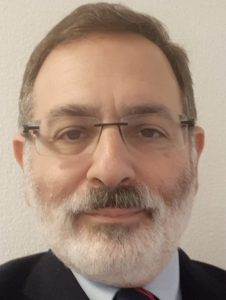 Ethan Taub is a senior staff neurosurgeon and the head of functional neurosurgery in the Department of Neurosurgery at Basel University Hospital in Basel, Switzerland. He received his undergraduate and medical degrees from Harvard, interned in surgery at Massachusetts General Hospital, and was resident and chief resident in neurosurgery at New York Hospital Cornell Medical Center. Thereafter, he obtained special fellowship training in functional neurosurgery as an E. H. Botterell Fellow at Toronto Western Hospital. He came to Switzerland in 1996 as a Moseley Traveling Fellow of Harvard Medical School and served thereafter as a staff neurosurgeon at The University Hospital Zurich and the Inselspital Bern, and as an attending neurosurgeon at the Klinik Im Park, Zurich. He has worked in Basel since 2007. His clinical activities there cover functional/stereotactic and general neurosurgery, and his main research focus lies in functional neurosurgery. Dr Taub is a member of the editorial board of Clinical and Translational Neuroscience and has written numerous publications in peer-reviewed journals and multiple textbook chapters. 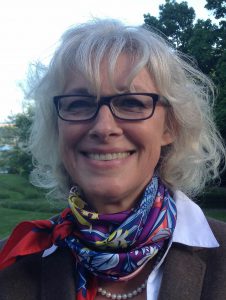 Margitta Seeck is a professor of Neurology at the University of Geneva, Switzerland. She is the director of the presurgical epilepsy programme at Geneva-Lausanne, which is a reference centre for difficult-to-treat epilepsies in adults and children. Additionally, she heads the in- and outpatient unit of the EEG and Epilepsy Unit of the University Hospital of Geneva. Prof. Seeck is former president of the Swiss Neurophysiological Society and is still actively involved in teaching EEG and epileptology. Her main interests are first seizures or seizure-like events, epilepsy surgery, EEG and EEG-based imaging in epilepsy, and neurophysiology of intracranial EEG recordings. She is the author of more than 170 papers on epilepsy in national and international journals, serves on several editorial boards of epilepsy journals, and is an expert for the Swiss National Science Foundation and research agencies of other European and non-European countries. 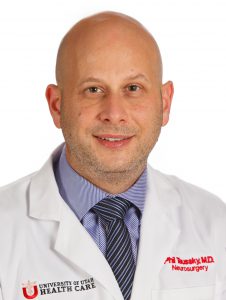 Phil Taussky serves in the Department of Neurosurgery at the University of Utah as the Section Chief of Neurovascular Surgery and Chief Value Officer. He earned his MD degree at the University of Basel, and he takes great pride in having done his residency at one of the busiest county hospitals in Kantonsspital Aarau, Switzerland. During this time, he was also one of the team physicians for the Swiss National ice hockey team. During his career, he completed a skull base/cerebrovascular fellowship at the University of Utah and an endovascular fellowship at the Mayo Clinic, focusing on minimally invasive techniques to treat stroke, aneurysms, arteriovenous malformations, and other vascular diseases. He has an active clinical practice focusing on microsurgery and endovascular techniques for cerebrovascular disease, with a particular emphasis on developing new technologies. 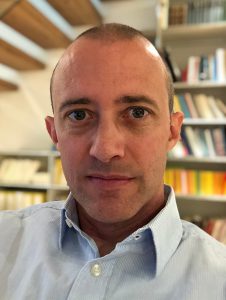 Oliver Scheidegger is the head of the Center for Neuromuscular Diseases & Electroneuromyography laboratory at the Department of Neurology and attending physician at the Institute of Neuroradiology at the Inselspital and University in Bern. He received his MD from the University of Bern, where he then continued with his residency in clinical internal medicine, neurology and neuroradiology at the Departments of Neurology and Neuroradiology. He worked as a research fellow in the Institute of Myology at the University Hospital Pitié-Salpêtrière in Paris, and still remains a scientific collaborator in different ongoing and future projects. He received his habilitation (venia docendi) from the University of Bern in 2020. Dr Scheidegger’s research mainly focuses on methodological and translational developments and clinical trials in neuromuscular diseases by using imaging and electrophysiology techniques. Apart from his ongoing scientific reviewing and publishing, he actively participates in scientific panels of the European Academy of Neurology (EAN) and the European Reference Networks for Neuromuscular Diseases (EURO-NMD). 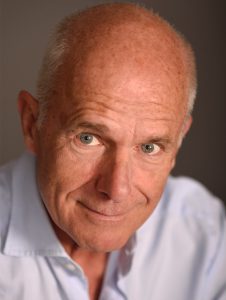 Since 2018, Peter Berlit has been the secretary general of the German Society of Neurology in Berlin. Before that, he served as Professor of Neurology and Chair of the Neurology Department at the Alfried Krupp Hospital in Essen. He received his MD from the University of Marburg and performed his neurology residency at the University Hospital in Heidelberg. In 1985, Prof. Berlit received his habilitation (venia docendi) in Neurology from the University of Heidelberg, and he continued his career as Professor and Vice-chair of the Neurology Department of the University Hospital Mannheim. His expertise lies in general neurology, neuroimmunology, stroke, and peripheral nerve diseases, and he is the author and co-author of more than 300 scientific publications, as well as of several books. In 2017, he received a prestigious lifetime award from the German Society of Neurology.

Stefan Rüegg is the head of the division of clinical neurophysiology at the Department of Neurology at the University Hospital Basel since April 2020. In 2015, he received a professorship for neurology as part of the medical faculty at the University of Basel. He is clinically and scientifically interested in epileptology, EEG, neurointensive care and status epilepticus. Additional interests of Prof. Rüegg include autoimmune encephalitis, neuropharmacology and pharmacoepidemiology. He published as author and co-author in numerous renowned peer-reviewed scientific journals. From 2016 until 2020, Prof. Rüegg also served as the president of the Swiss League Against Epilepsy. He is a member of several Swiss national and international Neurology societies, including the American Epilepsy Society (AES), as well as the European Academy of Neurology (EAN). 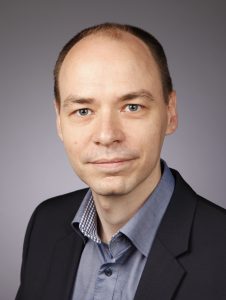 Since August 2019, Tobias Piroth has been an attending physician and the head of Movement Disorders and Cognition at the Clinic of Neurology at the Kantonsspital Aarau in Switzerland. After receiving his MD from the Johannes-Gutenberg University in Mainz, Germany in 2006, he continued with his residency in the Department of Stereotactic Neurosurgery and in the Clinic of Neurology at the University Hospital Freiburg. During this period, his research focus was on interventional therapies for movement disorders, including stem cells. Dr Piroth’s clinical fields of interest include diagnosis and therapy of movement disorders, neurodegenerative disorders, as well as the use of botulinum toxin for the treatment of movement disorders. His scientific interest focus lies in deep brain stimulation for the treatment of neurologic and neuropsychiatric disorders.

Brainwork is supported by unrestricted grants from: